Through a financial gift to Lighthouse, Inc you will have contributed toward our mission, vision and purpose alongside many others who have provided support over our 40-year history. We are so grateful for the partnerships we have had in reaching out to the children and youth in Central Cleveland and providing opportunities for their development.

Your support will make it possible for us to continue to work toward our mission in many ways, and ultimately make a difference in the life of a child. 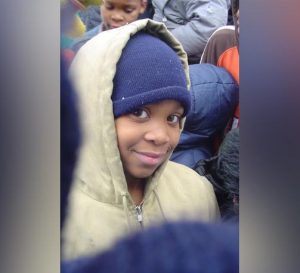 In 1982 a little eight-year old boy named Alexander asked Pastor Phil a difficult question…
“Preacher, if there really is a God, why is he letting me go hungry?”
The young pastor could not come up with an answer, and the question burned in his heart for days.
The next week, a young man that had heard of Alexander’s question approached Pastor Phil and gave him $75.00 in McDonald’s gift certificates.
“Here Pastor, pass them out! But make sure Alexander’s family gets some of them.”
When Pastor Phil saw Alexander the next week he knelt down and said,
“Alexander, you asked me a tough question last week, didn’t you?”
“Yep,” he replied.
“And I didn’t answer you, did I?”
“Nope.” he said.
“Well Alexander, I’d like to answer your question. Yes, there really is a God, and no it’s not His will that you go hungry. If your mom asks where you got these coupons, tell her that 2,000 years ago a man stretched out his hands on a Roman cross, and paid for them with His blood. So that this pastor could give these to you today. Alexander I give these to you in Jesus name.”
For over 37 years Cleveland HeavenTrain has been demonstrating God’s love to Cleveland’s hurting children.
Yes, Cleveland, there is a God, and He loves you. His name is Jesus…